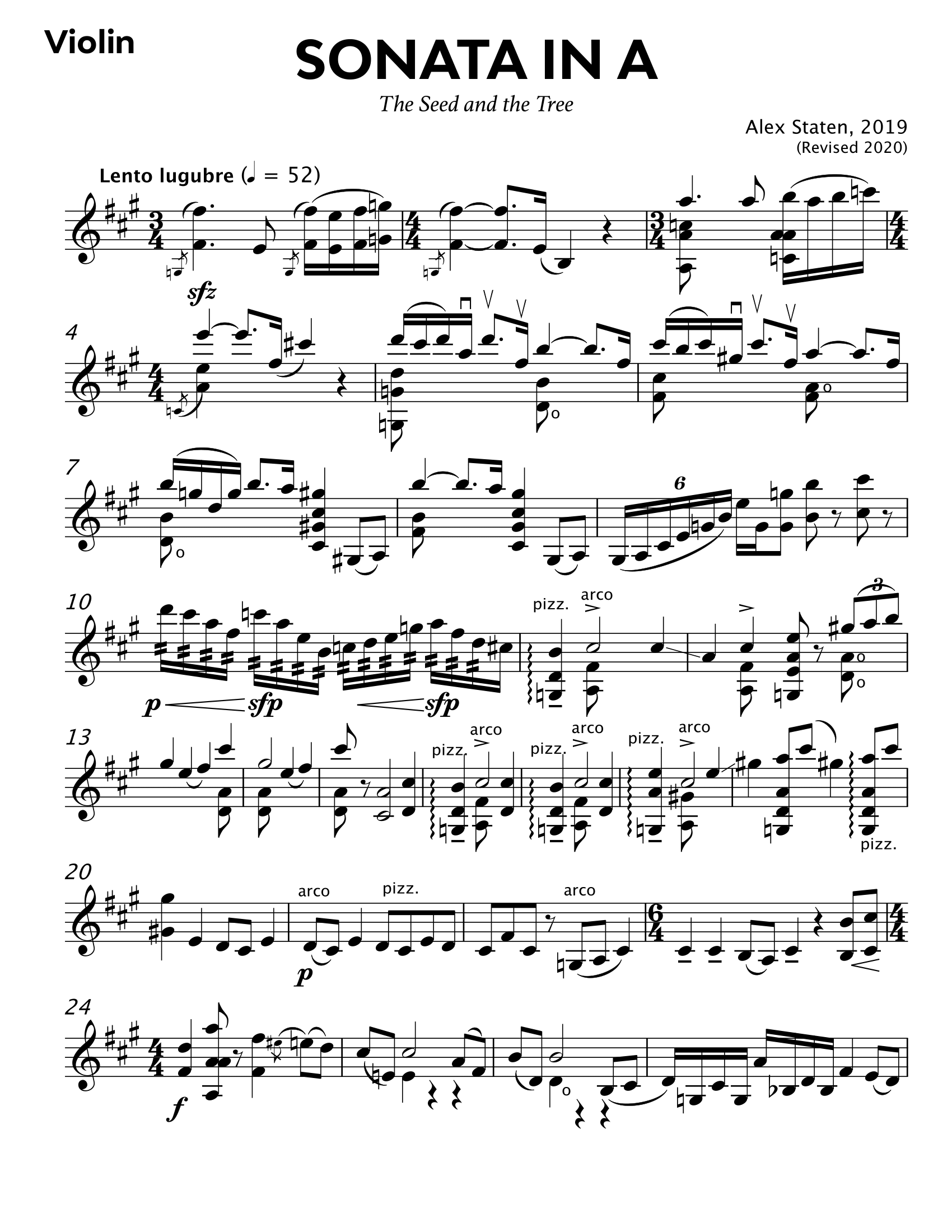 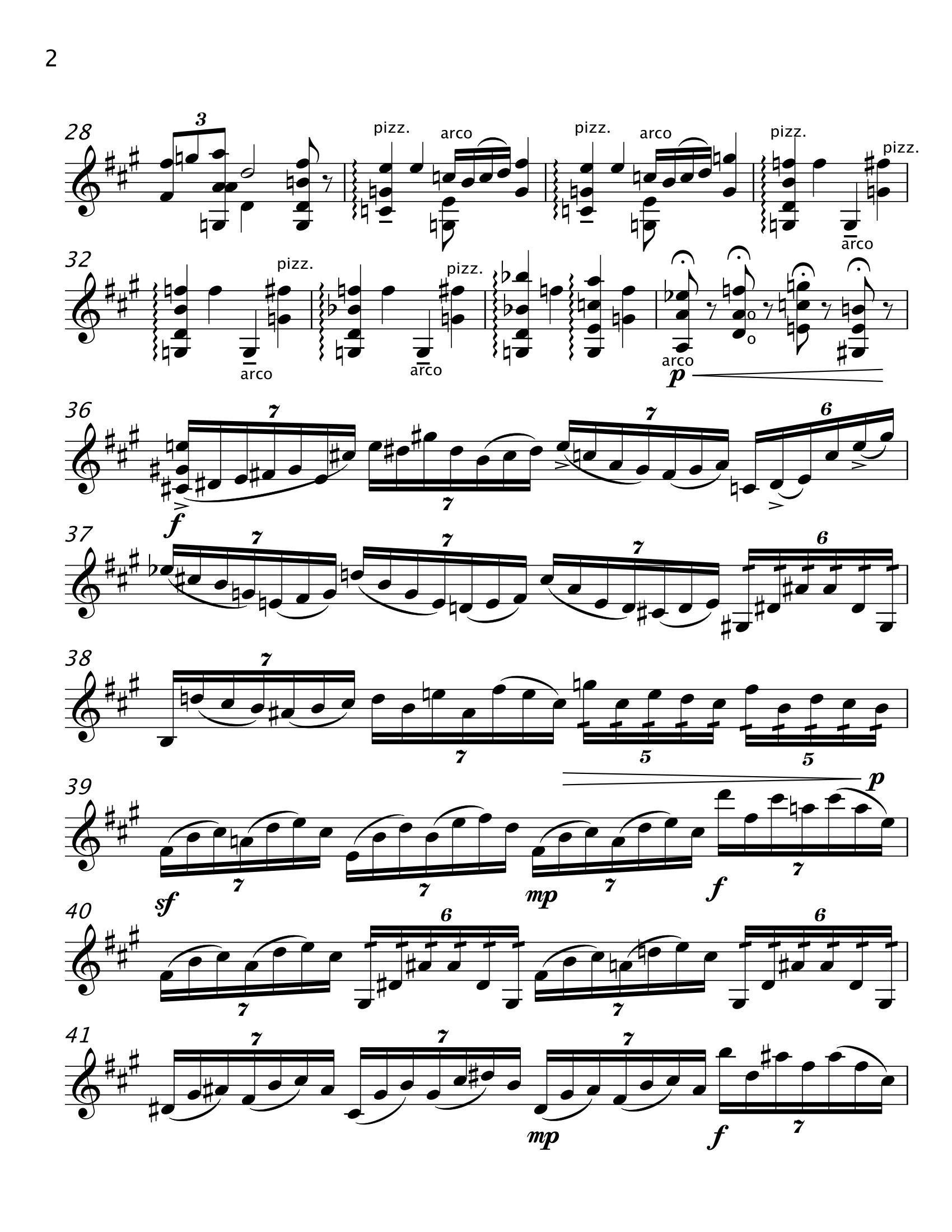 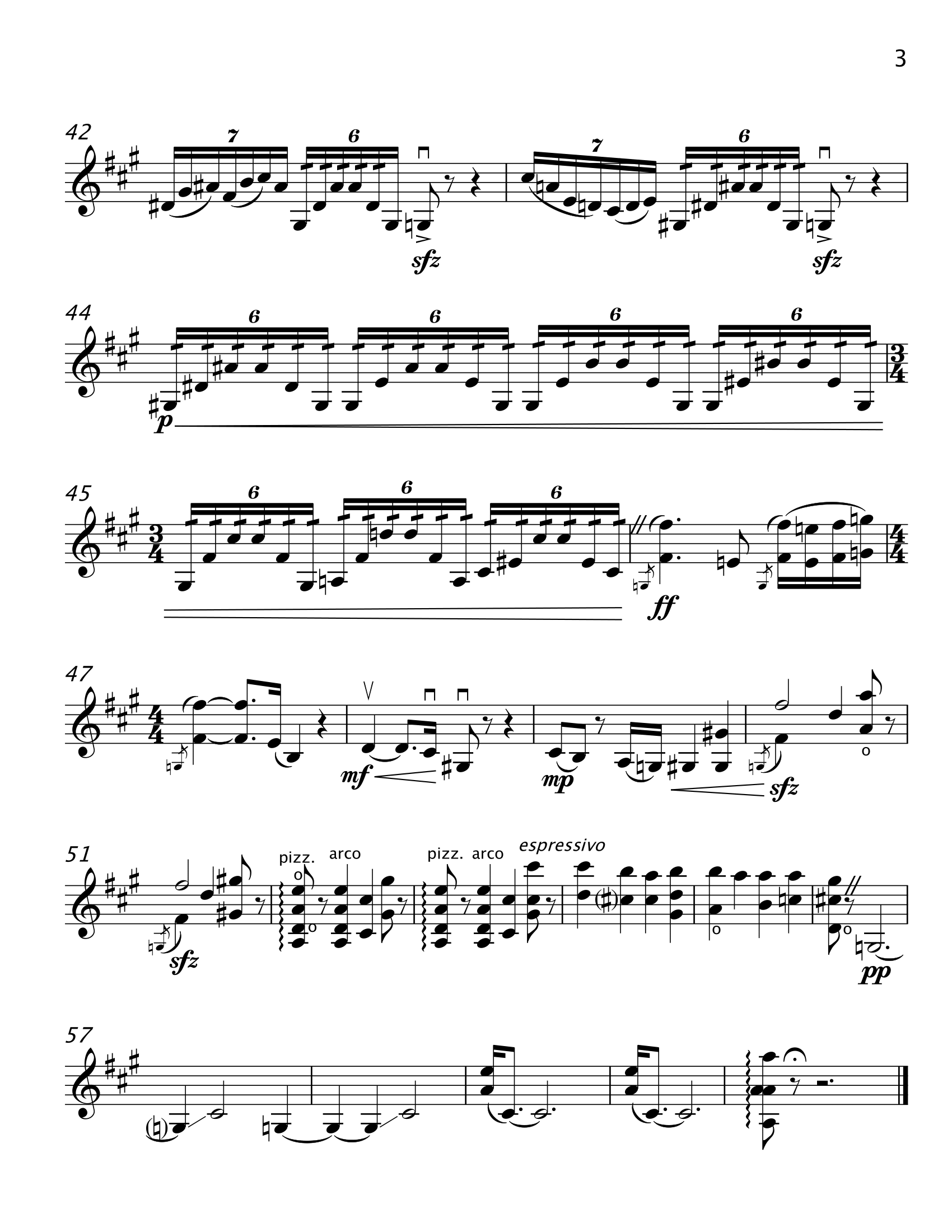 The seed and the tree do not exist in the same universe. The seed, that comparatively infinitesimal piece of latent beauty, must resign itself in its nascency to a solitary dwelling of dirt and darkness. That the seed, with this paltry lot in life, does not falter in pressing on to produce a magnificent tree is a testament to its exemplary resolve. This Sonata is therefore an ode to the seed and the example it sets. Though in A major, it spends the majority of its duration germinating in the parallel minor key of F# minor, which is an attempt to evoke the humble subterranean beginnings which the seed must transcend to reach the sun's light. A lugubriously leaden tempo throughout demands of the listener the same patience which the seed must possess in waiting eons for the culmination of its growth. Finally, not until the conclusion of the piece does F# minor give way to an uneasy A major resolution, heralding the emergence of a soft green stem from an invisible world of solitude and waiting below.